My last building from Raventhorpe all done. Another awesome sculpt from Tony Raven. This one is a big piece, half intact and half demolished. The remaining roof and first floor is all removable for easy access of troops. I glued it onto a large MDF base and gave it the same treatment as the other ruins with plenty of smashed up bricks and MDF mini bricks. Painted with acrylics and then liberally weathered with all sorts of powders and charcoal dust. I added some flock and tiny leaves for the foliage and grass round the back.

Next time I am in the UK i will be filling my suitcase with a few more of these awesome models. Need a spare bag for 10kg of resin from Sentry Models!!! The last picture has all three of the buildings I bought together. I am excited to get them on a table and have some excellent house to house combat. 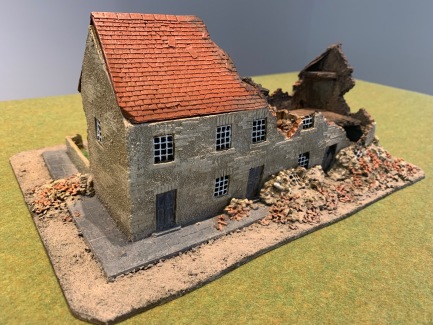 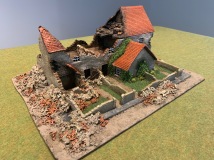 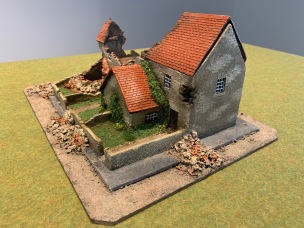 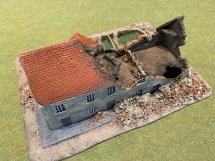 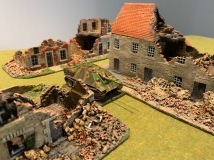 I painted another fabulous resin building from Sentry Models I bought from Raventhorpe. Its a two storey and a one storey wrecked building. I made my own base from MDF and added heaps of extra rubble to the base to blend them in. The second storey is removable to allow a squad into the ground floor.

I used my normal cheap acrylics to paint over a spray paint undercoat of dark brown. Plenty of dirt and dust added to finish them off plus some flock and tufts.

If you do not want to build your own buildings these really are the best things since sliced bread. I am happy to mix them in with my home made stuff as they really add an extra bit of detail and realism to your table. The last photo has my first ruin and a Jagdpanther creeping around looking dangerous. I have a finished farmhouse from Sentry next up. Check out Raventhorpe on Facebook, there is a massive range. On their Facebook page there are heaps of inspirational photos of amazing looking table setups using these buildings. It’s a closed group but you can sign up. 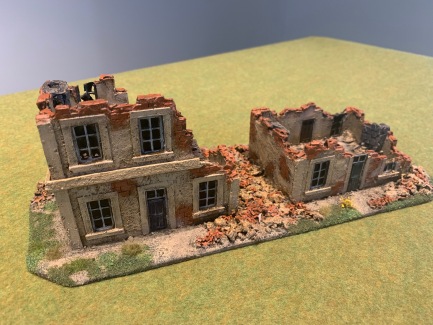 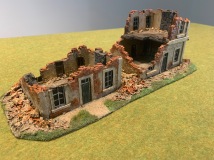 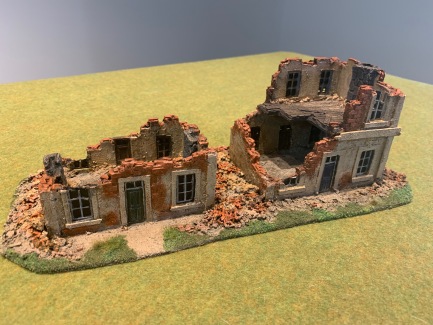 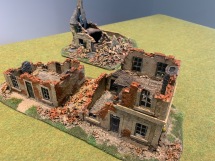 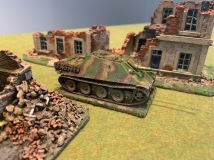 I picked two more Panzer IVs on eBay just like this one. Costing less than $10 each, such good value, even if they are the kits with the nasty vinyl tracks. I am now confident I can defeat the horrible things with a good dose of super glue and patience. I needed a couple more Panzer IVs to go with my Zvezda troop that I built previously. These Esci kits still hold up nicely, you just need to give them a bit more love than more modern kits. These two I made quite a few alterations to get them up to scratch.

First up is to sort out the tricky tracks. I managed to totally snap one of the tracks trying to wrap and glue them around the running gear, leaving a missing section. My solution for both vehicles was to scratch build side skirts to cover up the top section of the tracks. This gave me free reign to use wire to connect the tracks to the top return rollers, knowing it would all be covered up by the schurtzen. I used thin plastic card and the Zvezda skirts as a template. I also needed to build turret armour using the same plastic card superglued to thicker wire so it would retain its curved shape around the turret. This worked out quite well as I basically just tried to copy the Zvezda tanks.

One of my old Esci kits had a malformed gun barrel, so i bought a nice new metal one for a few dollars and replaced it. This was a great improvement too. I also picked up a tow cable to add. I drilled some holes and glued in aerials as usual. These kits let you leave the turret open so I did that on one tank ready for my AB figures crew man.

Paint job was a black undercoat followed by a Tamiya dark yellow spray. I then hand painted the green camo which was followed by a light overspray of dark yellow again. Gloss varnish and decals is followed by a MIG dark brown wash to pick out details. I did some chipping and scratching to make it all look nice and work, using a sponge and even just sand paper to leave some marks on the paintwork. After a matt varnish i used plenty of dusty pigments for the weathered look. My AB commander was painted and added and you can see him relaxing in his hatch below.

I was happy with the end result with all my additions and they fit in nicely with the two Zvezda kits i had made previously. Overall these Esci kits are great if you can be bothered to give them a little more love and attention. 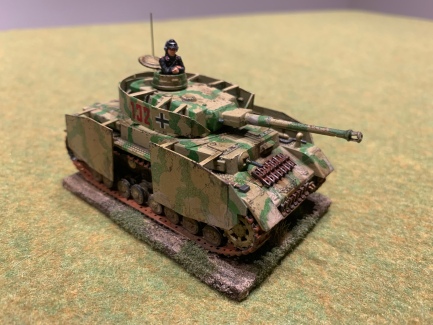 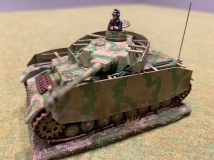